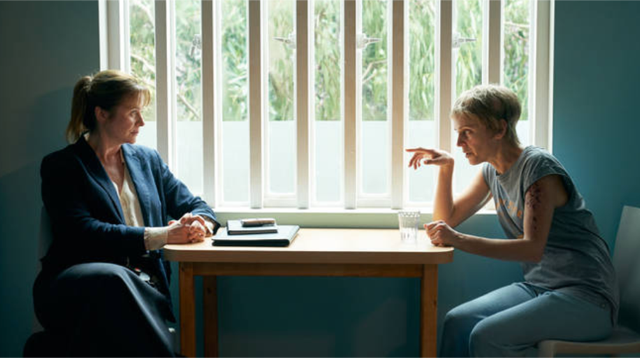 Too Close is a gripping three-episode psychological thriller written by author Clara Salaman – based on her book of the same name.

It focuses on the dangerous relationship between forensic psychiatrist Dr Emma Robertson (played by Emily Watson), and Connie Mortensen (Denise Gough), a woman accused of a heinous crime but who claims she can’t remember anything. The drama plays out over three episodes, and it quickly becomes clear that Connie isn’t the only one whose life is beginning to unravel.

Susan Tully’s direction mirrors and enhances the claustrophobic closeness of it all, as social, physical and mental boundaries close in, and locations played a key role in heightening the tension.

Several scenes were filmed in the former Holloway Prison in the FilmFixer Bough of Islington, north London. The jail which closed in 2016, but used to be the largest women’s prison in western Europe, and also housed young offenders. The former prison building doubled as a psychiatric unit for the production, where several scenes between Watson and Gough were filmed under the unforgiving glare of the strip lights.

Emily Watson described filming these scenes as “a really great day at the office”.“It’s thrilling to do. A real acting workout. It was a really grim place. Now a dead building which has housed so many sad lives. Those scenes are very intense,” she said.

Haringey also provided locations for a variety of scenes. Fans of the series with a knowledge of that corner of London may have spotted Stationers Park being used for the school summer fete scene, while Crouch End provided the location for lead character Emma house. In addition, Finsbury Park provided the unit base for the production.The borough of Islington also featured when Emma is tracking a man who she follows into The Park Tavern, a traditional and atmospheric corner pub in Stroud Green on Tollington Park, N4. Bankside in Southwark provided the location for a dialogue scene where a couple walk and talk underneath Blackfriars Bridge. Blackfriars Crown Court was another FilmFixer location that was used when Connie goes to court.

Lastly, a mention for parking and easy access to vehicles, a less glamorous but vital element of so many productions. FilmFixer arranged for the parking in partnership with Lewisham Borough while filming was taking place at the East End Studios in Hither Green in Lewisham.